TECNOSPAN has participated in the ICCX CENTRAL EUROPE 2017 Congress which took place in POLAND during the past 8th and 9th February 2017. This event, the most important in this area, was attended by numerous visitors from Poland and other countries of the region, many of whom held interviews with our company. TECNOSPAN delivered a lecture entitled "Advantages of prestressed elements", in the programmed workshops, explaining the advantages of prestressed elements in front of other elements of prefabricated floors, and presented its system of portable installations for the industrialized production of these structural elements. 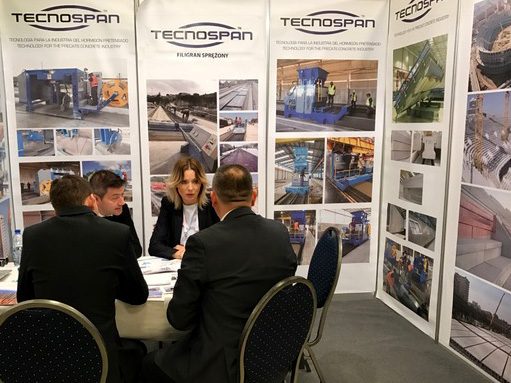 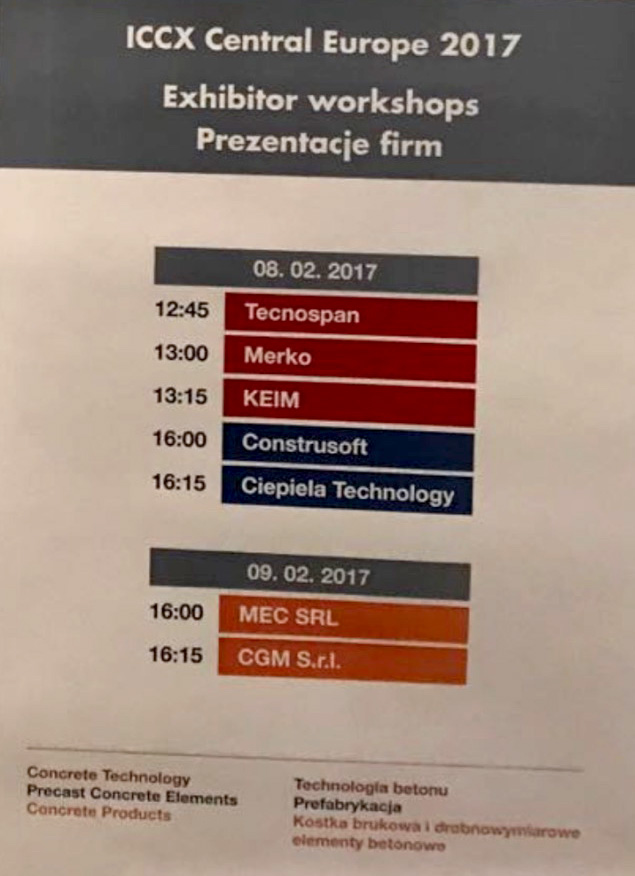 The conference at the ICCX Central Europe 2017 will be accompanied by a trade exhibition with more than 100 booths. International suppliers to the concrete industry will be waiting here to present their latest solutions and products to the participants.

At this concrete trade fair – by far the largest in the region – the participants will be able during the breaks between the presentations to meet interesting conversation partners and to get all the news from the supplier industry.

The company TECNOSPAN will held a workshop at ICCX Central Europe 2017 in Ossa ((Poland) next wednesday 8th February at 12.45 hours. The tittle of the presentation is "Advantages of Pretessed Elements". Besides, Tecnospan will attend the visitors at stand number 10. 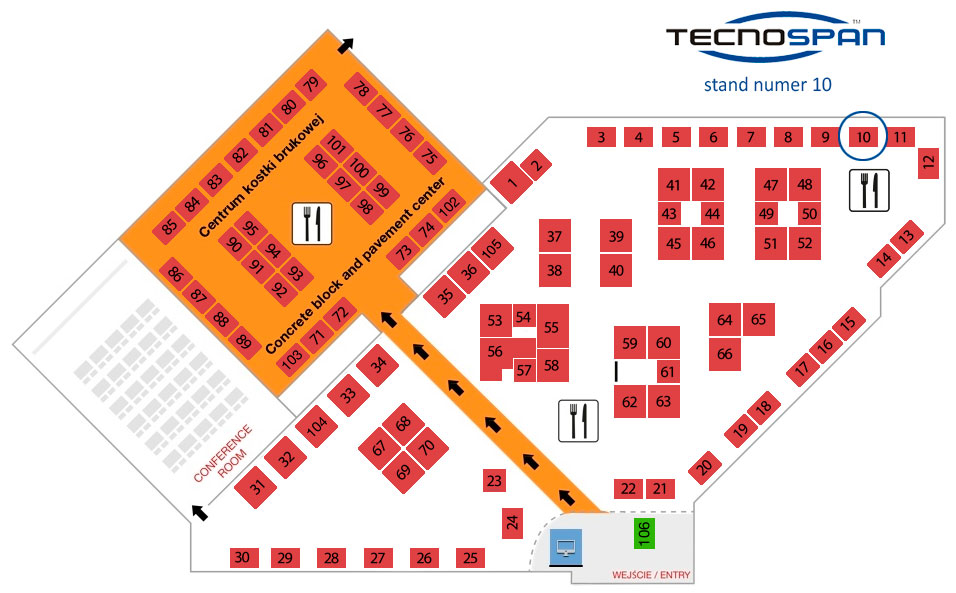